Get Direction to Our Office

The Loyd Dental Studio is a full-service Dental Laboratory and specializing in Zirconia Prosthetic Dental Restorations in the Minneapolis and St. Paul Area, throughtout US and International Clients . Kelly Loyd has more than 35 years of technical experience and a history of innovation. At Loyd Dental Studio, customer service is second to none. You can count on our expertise for fine detail attention and expert support services.

Founder and president of Loyd Dental Studio, Ilc., Kelly is a National Board Certified Dental Laboratory Technologies CDT / TE, B.S.,. He is a graduate of the L.D. Pankey Institute and has studied with the Asami Tanaka Institute/Willi Geller Oral Design Group and Trevor Lanchild. He began his career at the University of Michigan Dental School and later became General Manager at a large laboratory in Detroit. Then, National Dentex, DSG & Clear Choice. Kelly later teamed up with a local Maxillofacial Prosthodontist, and worked exclusively in his private office fabricating various precision attachment cases, ceramic restorations, and numerous types of implant restorations fixed and removable hybrids. Kelly formed a full-service laboratory, which was later sold to a corporate chain dental laboratory group. Loyd Dental Studio, Ilc. Is here to provide you personalized service in a small setting with leading edge technologies. (Nominated by his peers CDT for 2019!) 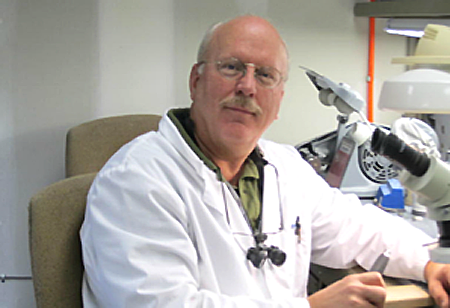 If you are still using acrylic hybrid implant dentures or over-dentures for your patients and are dealing with constant maintenance, there's a better choice.

Are you ready to take your Practice to the Next Level?

Find out more from the Expert

Read what our clients said !